Home > About Us > Our Story

The Shelton family has deep roots in Virginia and Virginia agriculture. E. R. "Bud" Shelton left the family farm in Amherst County to join Virginia's Department of Forestry in Charlottsville in 1961. As Bud and Mary Shelton approached retirement, they looked for property that would allow them to return to the land. In the fall of 1986, they and their children, Charlotte, Chuck, Bill and Todd, purchased a small farm in southern Albemarle County.

It was a retirement project that would span several generations. Bud and Mary built their dream house on the property, with the "kids" assisting at every turn. It was truly a family endeavor. They named the farm Rural Ridge, taking off from the name of a much older Shelton family seat in eastern Virginia, Rural Plains. The family's connection to that property is lost in the mists of time, but the sentiment was appealing and Rural Ridge Farm it remains.

Bud Shelton's first act after closing on the North Garden property was to plant a small farm orchard of approximately 20 trees, including apples, pears, peaches, and cherries. Several of those trees remain productive.

In the early 1990s, Charlotte and Chuck attended several of the Heirloom Apple Tastings conducted by Tom Burford at nearby Monticello. The tastings were part of the Saturday Morning in the Garden series developed by Peter Hatch. Tom is an old family friend and connection from Amherst County who ran Burford Brothers Nursery at the time. Inspired by his enthusiasm and interest, we began planting a number of the old varieties in which he specialized.

Tom continues to be an integral part of our operation and development. He is a leading authority on the history of apples in America and has devoted a considerable part of his varied career to rediscovering, identifying and promoting varieties and preserving them from extinction.

We met apple and fruit enthusiasts from across the country in 2000, when Virginia hosted the national meeting of the North American Fruit Explorers (NAFEX) in Charlottesville. Also attending was Ed Fackler of Rocky Meadow nursery in Indiana, from whom we ordered other interesting varieties.

Realizing that not all worthy apple varieties are antique varieties, we began adding more recent cultivars that fit the rich flavor profile we like.  We've added GoldRush, a late 20th century introduction from Purdue, and MonArk, an early ripening cultivar from the University of Arkansas, among others.

A nursery first, then a ciderworks

As the Rural Ridge collection of apples grew, we turned our attention to what one might do with a small specialty orchard comprising some 250 varieties. The first economically feasible endeavor was a nursery propagating trees to sell to other fruit enthusiasts. Classes and workshops to teach horticultural and orcharding skills followed. Vintage Virginia Apples LLC was founded in 2000.

The family's most ambitious project launched in mid 2009. Albemarle CiderWorks opened in July with Virginia's Governor Tim Kaine giving a keynote address describing the new endeavor as a testimony to the enduring appeal and viability of family farms and innovative agricultural enterprise.

What began as a hobby has become a thriving business. We are currently working on bringing the next generation into our efforts. Chuck retired in 2005 and has been the mainstay of the farm operation and is the cidermaker. Anne Whiting, Bill's daughter, joined us in 2010 and manages the tasting room and a varied slate of other duties. Bill and Charlotte devote whatever time they have from their main careers to the enterprise. Bill oversees the nursery operation; Charlotte looks forward to expanding the workshop and educational endeavors.

"Humanity will be renewed in the Orchard, and the Orchard will restore it." 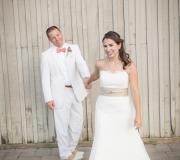